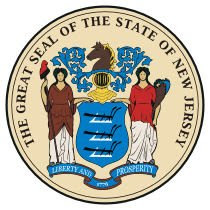 I know New Jersey gets picked on a lot (most of all by those of us who live here). But this morning, I've gotta tell you, I just LOVE my state.

Today's Newark Star Ledger has the story about how, yesterday, Garden State voters rejected a ballot question which sought permission to spend $450 million of taxpayer money to fund Stem Cell research. Research which would have been heavily dependent stem cells obtained through the destruction of human life.

The politicians were pushing "big time" for the passage of this question. Our governor even held a "groundbreaking" for a stem cell research facility at Rutgers University which, I believe thanks to the election results, now has no funding. The State of New Jersey has some serious fiscal problems, which are the result of some serious political problems. Their great hope was that one of these state-owned research labs would find a cure to some major disease (they tried "selling" this proposition to voters by giving them a litany of things that they guaranteed Stem Cells will cure: diabetes, paralysis, Parkinson's Disease, Alzheimers, global warming, rising oil prices, etc.). The state would then cash in on a healthy commission for bankrolling the research and development of the cure.

Here let me inject the fact that it's not all stem cell research that is morally wrong. Research using adult Stem Cells, including from adult fat cells? Fine; in fact, here I am. Research using Stem Cells obtained from umbilical cord blood? No problem. Research from fetal Stem Cells that have come from an unborn child that has tragically died in the womb of natural causes? Okay. After all, experience has taught us that these are the only Stem Cells that have produced any successful results. The problem is when human life will be intentionally destroyed in order to obtain the desired Stem Cells that we've crossed the line.

Also, separate from the ethical issues, pharmaceutical companies just aren't willing to cough up the bucks to fund the research themselves. Why not? A 2006 report on the cost of drug development noted that, "For drugs entering human clinical trials for the first time between 1989 and 2002, ... the cost per new drug [was estimated] to be $868 million. However, our estimates vary from around $500 million to more than $2,000 million, depending on the therapy or the developing firm." Isn't the $450 million being asked for a bargain, comparatively speaking? If science is "so close" to a breakthrough, shouldn't New Jersey's pharmaceutical companies be in open competition with each other to throw money at the project? Why are they keen on taxpayers footing the bill?

That's where the politicos erred. They thought they had promised enough cures to enough people to get the project approved. Believe me, I know that New Jersey voters weren't all suddenly struck with a "crisis of conscience" yesterday. But winning ugly is still a win, and I'll take it.
Posted by Father Jay Toborowsky at 11/07/2007