...and a fourth, and a fifth. Well, I don't like to think of it as falling, as much as intentionally dropping down to my knees to stop some pucks.  Yesterday I played hockey at the Wachovia Arena in Wilkes-Barre Pennsylvania, home to the Wilkes-Barre/Scranton Penguins of the American Hockey League.  As we did last year, the members of the Geezer Hockey League bought a group package of tickets, and so were able to play a game on the Penguin's home ice.  Here are some pictures.  More should be coming from the family members who were there taking pictures. 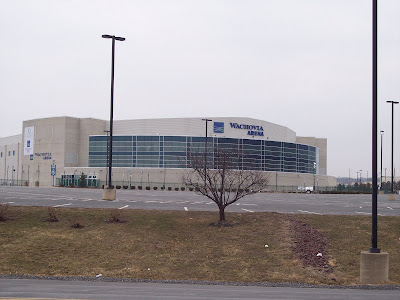 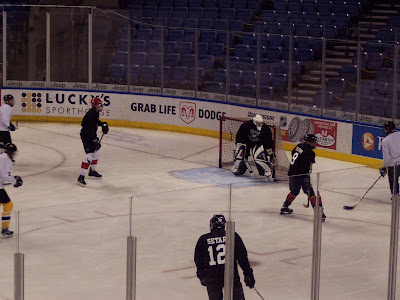 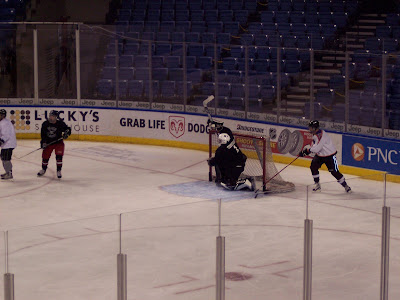 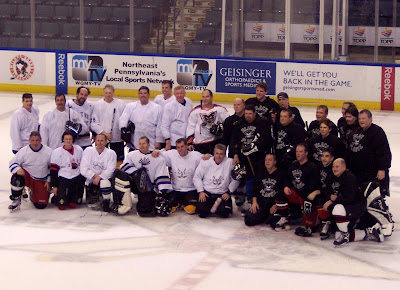 A group shot after the game.
I'm on the far right (no pun intended)
Posted by Father Jay Toborowsky at 3/08/2009

Did you need that genuflecting ice pack after the game?

I've found a mix of ibuprofen and Aleve works better than icepacks.

Isn't this growing older thing a pain - in the knees and hips and back..... Looks like you game was lots of fun.