As the world says goodbye to Lady Bird Johnson, it reminded me of the trip I made in 1999 to see the LBJ ranch. I had read both President Johnson's memoirs ("The Vantage Point"), and Mrs. Johnson's memoirs ("A White House Diary"), and so much was written by them both about their love for the Texas hill country and their ranch, I had to see it for myself. Thanks to my handy-dandy scanner, here are some photos I took: 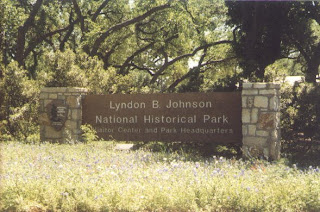 The entrance to the park. 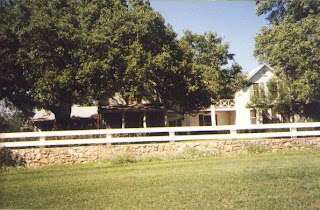 At the time, the LBJ ranch was still considered a "private residence", still used by Mrs. Johnson, and so while you weren't allowed to drive to it, a shuttle bus takes you on the grounds. This is the front of the house. 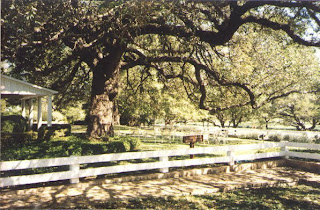 The shuttle stops on the side of the house so the tourguide can tell you about the house itself. At times, when she was at the ranch, Mrs. Johnson was known to come out of the house to say hello to the tourists. 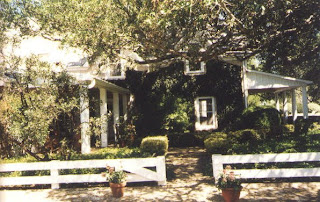 When the ranch and surrounding property were made into a National Park, it was with the understanding that the house would remain private for Mrs. Johnson's use until her death. Now that she's gone, it will definitely be worth another trip to Texas to tour the house. 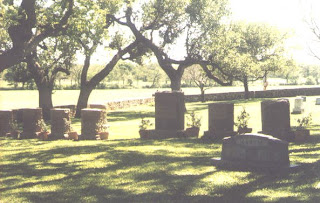 The Johnson family plot is east of the ranchhouse. The tall stone in the middle is where President Johnson is buried. The gap to the left of it is where Mrs. Johnson was buried today.