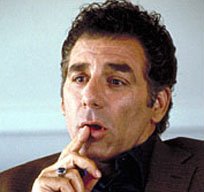 OK, so Michael Richards gets caught on tape letting out a bunch of racist comments that make us all wonder what's going on inside this guy's mind? This is no rookie on the comedy stage. Long before Seinfeld, I remember watching this guy on a show in the 1980s called "Fridays" (which was ABC's attempt to copy NBC's Saturday Night Live). In short, the man has been doing stand up comedy for decades and should be well-experienced in how to deal with hecklers from the audience. He's apologized and expressed his deep regrets over the momentary loss of the chip in his brain that filters the connection between his brain and his mouth. But hasn't this song been played before? 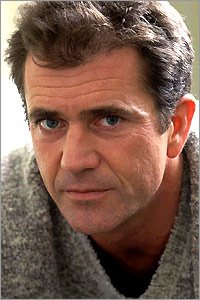 It wasn't too long ago that something similiar happened to Mel Gibson, and Hollywood went ballistic about an uncontrolled tirade full of bigoted comments. Only some things were different: Mel's comments were included word-for-word in every journalistic account of the story, while Michael's are being asterisk'ed out and described with an ambiguous "racist remarks". Mel was documented to be intoxicated, while Michael was essentially "at work". Gibson has been the target of late-night comedic jokes and insults, while Michael was given free airtime on David Letterman and a sympathetic forum from Dave and Jerry Seinfeld to publicly express his contrition. Gibson has been called "The Most Frigid" Hollywood personality because Hollywood as a corporate body has decreed Mel needs to be punished for his deeds. Season 7 of "Seinfeld" comes out tomorrow on DVD; think anyone will suggest a boycott to show the same attitude towards Richards?

Both men deepy wish they could turn back time and lose their respective 15 minutes of infamy. But for now, why does it seem that Mike is in nowhere as much hot water as Mel? Hmmm, guess it's a good thing Mike never made a Jesus movie.
Posted by Father Jay Toborowsky at 11/21/2006