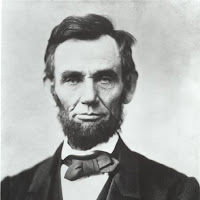 On today's 200th anniversary of Abraham Lincoln's birth, I found an interesting tidbit about Lincoln's attempt to get support of the war amongst Catholics:
"The Catholic Church was a more difficult case. Many Catholics were Irish or German. Irish-Americans had long strongly supported the Democratic Party and German-Americans had been less fervent Democratic supporters whom Republicans sought to attract. President Lincoln was not above using members of the clergy for his purposes and the purposes of preserving the Union. Roman Catholic Archbishop John J. Hughes was requested by President Lincoln to serve as an envoy to France to plead the Union's cause. The New York City archbishop dutifully visited France, Italy and Ireland because of the President's personal intervention:

"It was proposed by the cabinet that I should accept a special mission to England and France in connection with very important national questions between the United States and these powers. I declined until it was made known to me that the President of the United States made it a special request that I accept, and if possible render some service to the United States in the present condition of public affairs. I could not refuse this request, and at the same time I imagined if any success should attend my mission, it would redound to the benefit of the Catholics, and to the promotion of the interests of the church."

The President was not close to Archbishop Hughes, but Secretary of State William H. Seward had friendly relations with the Catholic Church dating back to Seward's years as governor of New York. "I am sure you will pardon me if in my ignorance I do not address you with technical correctness," Mr. Lincoln began a letter to New York Archbishop John Hughes in October 1861. He requested that the New York archbishop submit to him names of "one or more suitable persons of the Catholic Church" who could be appointed as hospital chaplains. He closed the letter by giving "thanks for your kind, and judicious letters to Gov. Seward...which he regularly allows me both the pleasure and the profit of perusing." A year and a half later, President Lincoln submitted a list of appointments for West Point - one of which had been recommended by "Bishop Hughes."
Posted by Father Jay Toborowsky at 2/12/2009

I'm currently writing my thesis which touches on this subject. Turns out that Abp. Hughes wasn't an unconditional supporter of the Union cause, though he did what he could.