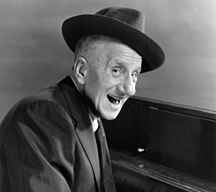 By now many of you have seen the story coming out of San Francisco about the "Got Milk" campaign which has "become a thing":

These are snippets from an article in the SF Gate (for the whole article, click here):
"The novelty people were talking about Monday was the chocolate chip cookie scent placed in five bus shelters in the city as part of a m

arketing campaign by the California milk industry to promote its product. The idea is that once people get a whiff of the cookie scent, they'll get a hankering for milk. The scene Monday around one of the bus shelters, at Stockton and Sutter streets, was a bit like listening to the chatter in a winery tasting room. 'Vanilla-y,'' one woman said as she walked past the shelter. ... The campaign has made news -- partly because it's the first of its kind in the nation, and

partly because this being San Francisco, there's controversy. Criticism has come from animal-rights advocates who oppose the dairy industry and from those against promoting food products when there's hunger in the world. ... Leading the charge against the campaign have been activists in the scent-sensitive community who are upset that public space is being invaded with another aroma that, they fear, can induce headaches and nausea and trigger asthma attacks."

Of course, once there's controversy and the media get involved, every group ("group" here being defined as anything ranging from a large lobbying organization with thousands on their mailing list, to one attention-needy person sitting in front of their computer with an internet connection and a press release written on some letterhead they got made at Kinkos) wants their 15 minutes of fame, and so groups claiming to represent the interests of diabetics, the homeless, and even the obese are also lodging complaints against the smell of chocolate chip cookies. So what's the result? Once again the "politically correct" crowd has triumphed, and the California Dairy Farmers Association must walk with their heads in shame for imposing their cookie scent on society.

Of course, Young Fogeys have long known about the existance of the "Nose Police." While we haven'

t been dealing with chocolate chip cookies, the Church has long used incense in her liturgical worship. We are sensual people; we get our information through our senses, and incense not only gives us something to smell at Mass (something besides the mothball smell of the old lady next to you, or the 'just got out of soccer practice' of the kid on the other side), but the sight of the smoke rising is a visual reinforcement of Psalm 141:2 ("Let my prayer rise like incense before thee"), or the beautiful image of an angel's censer filled with incense to mingle with the prayers of the Saints in heaven (Rev 8:3-4). 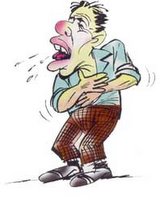 But we've all been through this: The moment you use incense at Mass, the Nose Police springs into action! They show their protest not with press releases, but with coughs. The coughs generally take 2 forms: First, there's the "pre-emptive strike" NP-ers. They actually begin their hacking when they see the thurible stand being put out in the sanctuary. Most NP-ers, however, fall into the "Shock and Awe" group: the ones who wait until a part of Mass that might involve the use of incense, and then from wherever they are in church (usually in the last row or so), their coughs break through the silence as if their lungs' well-being hang in the balance with every spoonful of incense used. These aren't the coughs of congestion, mind you, but coughs that are meant to say, "Why are you using that stuff? No other Priest in the parish uses incense! Don't you know there are starving children in China who could sell this incense in order to buy food? Don't you know that this will make Mass last longer by a whole 3 minutes, which means there'll be a line to get a seat at Denny's? Is this where my collection money goes? Don't you know my chihuahua was run over by a UPS truck delivering boxes of incense?"

In the end, the best response I can give to the Nose Police came from a Priest of my diocese: "There are 2 smells in the afterlife: incense and sulfur. Get used to one of them!"
Posted by Father Jay Toborowsky at 12/09/2006