Pope on a Slope

First, some housekeeping. I'll be away until the middle of next week, so there probably won't be any new entries until then.

The latest issue of "Totus Tuus", the monthly magazine for the postulation of Pope John Paul II's cause for Beatification and Canonization, has a great article about JP2's love for the mountains of Italy's Valle d'Aosta. Two of the photos in the article (taken during his 1989 vacation) are great, and I thought worth showing.

This first one stands out because it's the first one I've seen in which JP2 is not in a cassock. There's plenty of pictures of him out of priestly garb before the papacy, but almost none after he became Pope in 1978. Not that I was questioning whether he actually had legs. He's pictured here during a hike with (on the left) Bishop Alberto Careggio of the Diocese of Ventimiglia-San Remo (where Vale d'Aosta is located), and a mountain guide on his right (no, it's not Karl Rove). 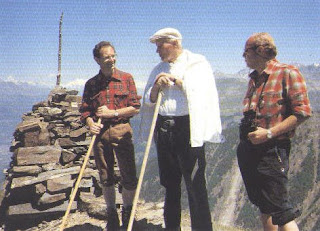 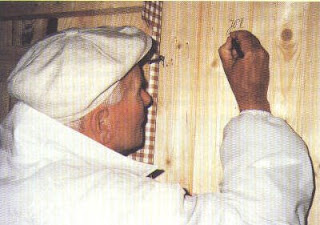 Hey, don't you know that if you write on the wall you'll never get back your security deposit?

Ah! That graffiti will be a relic one day!