No, not the math. This morning's Gospel (and something else going on) has me in a mood to opine about the topic.
At first what Jesus says sounds harsh, I mean, did the Son of God really come to break families apart? But division is a part of the life of a family. A child really can't learn to ride their bicycle until dad or mom lets go of the back of it. Like the ice skating cliché: If you never fall, you'll never learn how to pick yourself up.
Plus, let's remember that Luke the Evangelist is writing for the Christians from pagan areas, something like 50 years after the Ascension. Those who read this Gospel certainly would have known through personal experience that Christianity causes division within families and friendships. In other words: what sounds radical to us probably wasn't so radical to the original readers.
But is it really so radical to us? I can't tell you the number of times I've heard the lament of older parishioners about their children don't go to Mass (except for Christmas and Easter). More than a few times I've had the funeral Mass of a man or woman in the 80's, and looking out in the pews is like looking at the layers of an archaeological dig:
Sounds like a divided family, no? But the truth is that there's not a lot of division there. The division that is there shows itself between the family and the Church. 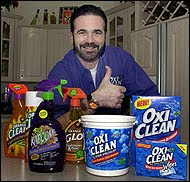 This is the world we face, where clergy are no longer expected just to convey the Church's doctrine to the faithful, but to convince them of it, as if the Laity have the right to refuse if Father's argument isn't convincing enough. Priests have to become like Billy Mays, who had a 30 minutes to convince you that your life was meaningless and empty without some gadget, and that you absolutely need the doo-hickey in order for your life to be transformed and euphoric. Hello Billy Mays, goodbye Bing Crosby.
Let me conclude with a story a friend of mine tells. He was invited to the home of parishioners for a get-together, where he gets the line from someone who was angry after being told he couldn't have things the way he wanted for his child's wedding: "Gone are the days when the Priest was always available and willing to go out of his way to help people." He responded (with just as much sarcasm in his voice), "No, gone are the days when the Priest told you 'no', and you listened to him!"
Posted by Father Jay Toborowsky at 10/21/2010

Well put! Sounds like my parishioners go to your parish!

Just wonder what the answer is to this "New Trend". How do we help them to set their priorities in order? What do we need to do to change from division to multiplication?

This is so sad and so true. Don't you love when people say I don't have time for Church and in the same breath can rattle off all of the "important" activies that filled their weekend, like getting to the mall for the 9am-1pm sale, going shopping and cooking for the football game on tv later in the day, washing the car before it rains, the list is endless. Where is God? Oh, Him..well he's everywhere. He understands..THEY say. Sacraments have become more about parties before and after than about the sacrament. And what really is killing me are the parents who now ask the children whether they want to "do" confirmation and abide by the child's decision--after all they are practically adults...HUH?!?.AGH! If they asked for the keys to the car would you hand them over because they know better? Interestingly enough a priest giving a talk said in the beginnings of the Church, there was no problem accepting Jesus' humanity but there was accepting his divinity; now, the tables have turned, he said, where people have no trouble accepting his divinity but have trouble with his humanity. Why? Because they cannot understand a human being being able to do what he did; they don't understand sacrifice, love, compassion. here's news for them--God took on human nature entirely for OUR sake--so that WE would be able to do the same. This was not something God did for Himself; it was for us. I give thanks to God for this greatest gift he has given all of us. How could anyone turn it aside, and so casually too. I thank God for you priests, who have such a tremendous difficult mountain to move these days. Just so you know..there are still millions of us who love you, need you, admire and follow your example, and listen to you and support you in all you do. There are a great number of us who could never repay the gift you give us each and every day. If it weren't for all of you, there'd be alot more of "us" who don't get it than you think! God bless you!