The Mount, my alma mater, had a Mass in the Extraordinary Form for the Solemnity of the Immaculate Conception, and I just found an article in the Washington Times which was written about it.
I attended the Mount from 1994-98, and certainly in those days the Mount had the reputation of being "conservative" (I always thought "traditional" was a better choice of words, but that's for another blog entry).  But even then, while other seminaries labeled the Mount "archconservative",  it was unthinkable that Mass in the Extraordinary Form would be celebrated in the college chapel as a mandatory event for the seminary and with an open invitation to the University community.  My contemporaries in the seminary remember the "smackdown" that took place when the Saturday morning private Masses of faculty priests (done in the Ordinary Form, in Latin, and ad orientem) began to attract more than a few seminarians.  Any Mounties out there remember the "I will win and you will lose" conference?
The gang at New Liturgical Movement had these photographs taken by attendees. 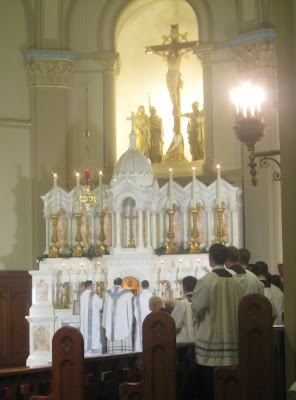 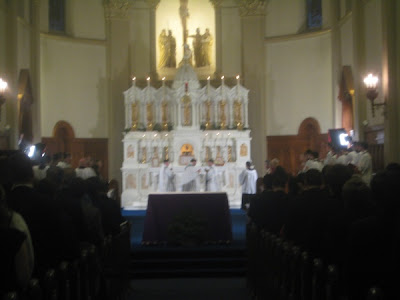