BE WARNED: ANYONE WHO WRITES THAT POPE BENEDICT CHANGED THE CHURCH'S TEACHING ABOUT CONDOMS IS FULL OF [EXCREMENT]

In the next few days, you're going to read and watch news stories from a variety of media outlets telling you that Pope Benedict has "seen the light" and now understands that condom use by Catholics could be morally permissible. If you read this, think this: 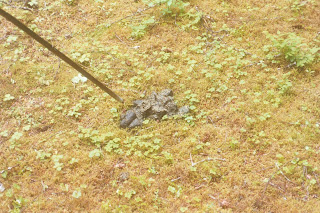 "If someone was going to rob a bank and was determined to use a gun, it would better for that person to use a gun that had no bullets in it. It would reduce the likelihood of fatal injuries. But it is not the task of the Church to instruct potential bank robbers how to rob banks more safely and certainly not the task of the Church to support programs of providing potential bank robbers with guns that could not use bullets. Nonetheless, the intent of a bank robber to rob a bank in a way that is safer for the employees and customers of the bank may indicate an element of moral responsibility that could be a step towards eventual understanding of the immorality of bank robbing."

Thanks so much for posting this... I was anxious when I first heard it and then relieved when I read your post. Thanks for being so timely and open about everything.. it's a big help. Happy Thanksgiving and may He continue to bless you :)

Whewww..so glad you cleared this up. I was immediately upset when I heard those headlines, especially the one saying "Conservative Catholics in uproard over Pope Stance on Condoms" but then I unclenched and realized the news had to be wrongly reporting the facts. Looking at your referred blogspot I now understand specifically what the Pope did say so I can defend the doubtless countless numbers of both Catholics and non-Catholics who will no doubt raise this issue and misquote the Pope no matter how many times corrections are made and published (though I don't expect the mainstream media to ever do that). What a joke the media has become. Whatever happened to that noble profession whose aim was the pursuit and publication of truth. If they are not blatantly plugging shows owned by their stations or giving minute-to-minute updates on such banal and trite non-newsworthy items such as Lindsay Lohan's escapades, they are unabashedly undermining Christianity and Catholicism in particular. I swore off the news forever and will gladly get all I need to know from the Bible, Catholic television and media and our beloved and knowledgable Fr. Jay.